"It's very similar to Earth... well, before that planet became a gloomy polluted mess."

―Gerdy Hooke, when asked about Maria

The planet Maria is the setting of Planet Explorers' story mode (and adventure mode's default seed). For the variations in terrain and content see Biomes.

Maria is a 'Goldilocks Planet' located 12 light years from the Sol System, in the Epsilon Indi Star System, that has been targeted for colonization by an joint expedition from Earth, Luna and Mars. The first wave of colonists arriving on The Epiphany make up the cast of the story mode. Upon entering Maria's atmosphere, The Epiphany collides with an unidentified object causing extensive port-side damage. The ship's Lifeboats (escape vehicles) are deployed and land on the Galileo Continent but The Epiphany was last seen going down over the Newton Continent. In story mode the player is a Lifeboat survivor. In adventure mode the player is a second wave colonist turning up presumably after the events of the story.

Maria's surface is mostly water much like Earth, and it features many varying Biomes, Animals and Plants. It has a high proportion of predators to herbivores compared to that of Earth and many species appear to mirror the roles of Earth's life forms, though others are particularly alien.

A mysterious interference signal covers the planet's surface preventing colonists from contacting home. Rol Olympus traced the signal to monoliths near the Broken Dam, then to Emanation Points in The Desert that were guarded by Giant Robots, but the true source is believed to be elsewhere.

Unbeknown at first to most of the colonists, Maria is also home to a sentient species, the Pujan who are believed to be the survivors of a nuclear war, as evidenced by ruins found on the planet's surface including the Abandoned Desert City where some surviving Pujan still reside or in ramshackle Pujan Camps, which aren't particularly technologically advanced habitats, yet they possess post-black-powder weaponry. This contrast in technology suggests a race of scavengers living in the shadow of their former prowess.

Maria has two large habitable moons which have significant gravitational pull on the planet, causing an incredible natural phenomenon known as the Wind Belt, a 200km wide storm circling the planet's equator and separating the two continents. Crossing the Wind Belt is described by Nan Yang as potentially being an incredibly hard task due to the hundreds of km/h wind-speed within.

At current in the story mode timeline (end of 0.752's playable content), the colonists have settled mostly into three organized locations - the Earth Camp, the Martian Colony and the player's own Colony, though Carter Camp remains occupied despite Allen Carter being the one who suggested building a Colony in the first place. The Martian Navy are heading for Maria, and the second wave colonists remain clueless about what awaits them. 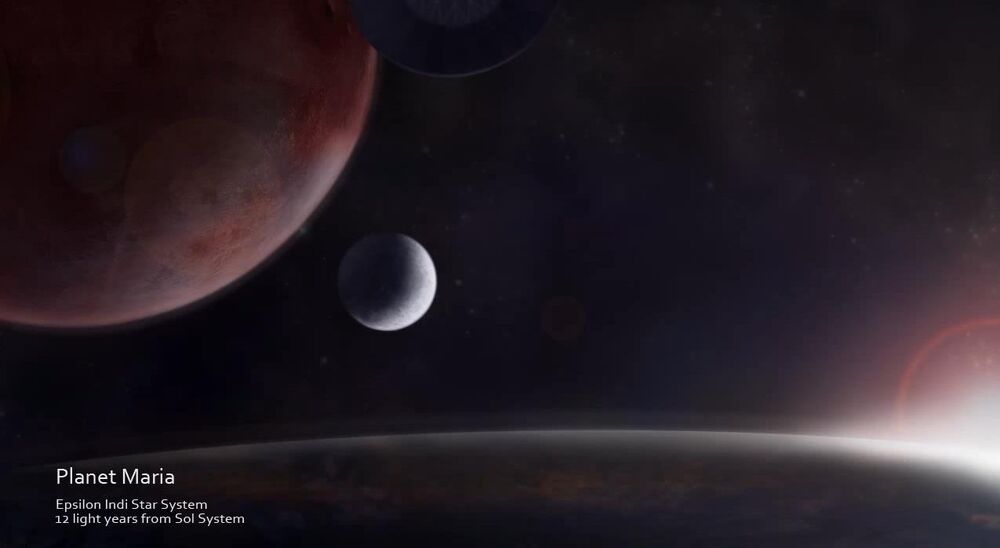